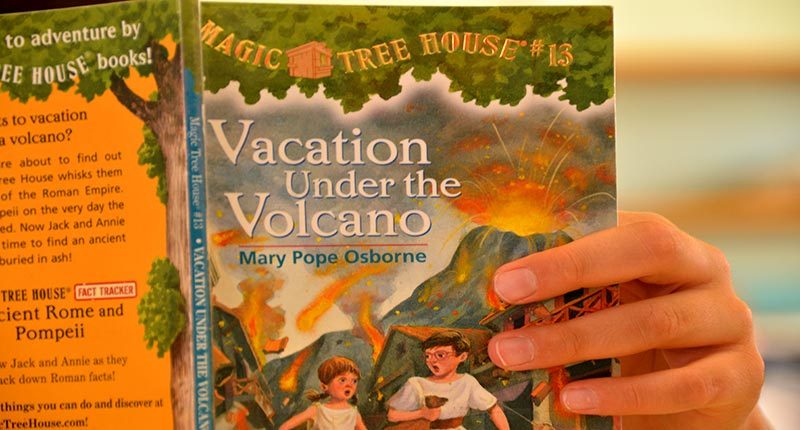 Jack and Antonie love spending time in the tree house. They soon discover that the Tree House is magic. Morgan Le Fay is the enchantress who sends them on wild missions all over the world.

Our kids decided to create their own missions. Will they be able to carry them out? Read the stories and you’ll soon find out.

I am with my friend Sarah, who has a magic totem. But some time ago, we didn’t know that. We were in a country house; we were playing cards when my mum said to us that there was a tree house in the woods. We were excited and went to the tree house. In the tree house there was a girl called Morgan Le Fay and she said to us that we would have a mission. She also said that my friend’s necklace was a totem that could be used to invoke animals and talk to them. So we asked: “What is the mission?” and she said, “You have to go to the year 0 and destroy a dragon called Manticore.”

We went to the year 0 and we built a shelter. We went hunting for food and we could feel that the floor was shaking. Then, a T-Rex appeared and the necklace started to shine and what looked like the spirit of a T-Rex appeared. When Sarah touched the T-Rex, it left. I said, “What did you do?” I talked to Hertrudis and I said that we were hungry. Then Hertrudis came with a dinosaur in her mouth. We ate delicious dinosaur meat. It was more delicious than animal meat. Hertrudis was now our friend.

We went home and Morgan Le Fay said “Thank you for saving the world”. Then we found a dinosaur bone with the help of a dog that Sarah tamed. Sarah touched the bone and saw Hertrudis and said: “Rip Hertrudis. You were a very good friend!”

Hi! I am Bauti and I’m preparing my bag to go to the magic tree house with my friend, Valen, and my dog, Max.

Max is one year old and he is very playful. Valen is 11 years old and he is friendly. Morgan Le Fay sent me on a mission to save Adolf Hitler and bring him back. I said “Yes”. I wanted to carry out a mission for Morgan.

I had to go to 1945 when Hitler died in a shelter. I was teletransported to 1945 in berlin, Germany. There it was cold and it was very windy. It was during the Second World War. I only had ten minutes to save Adolf Hitler and bring him back to the magic tree house. I could escape from some bullets. I was near the shelter.

I could find the shelter. I was going down to the shelter where Hitler was. I found him, took him and teletransported him.

Now, I am in the magic tree house. Morgan congratulates me for my job and gives me a magic bag that can fit anything. I want to go on a mission again! 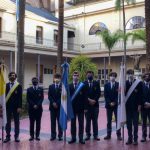 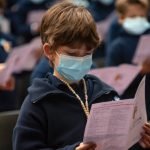 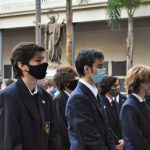